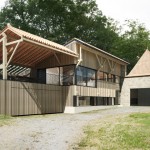 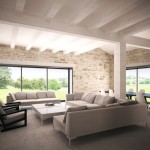 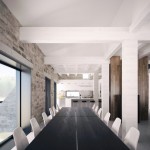 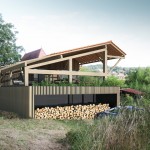 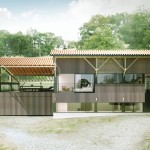 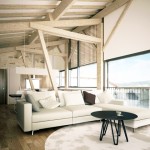 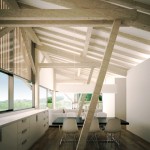 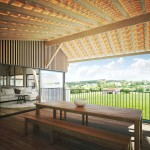 Current house
The intervention starts from a new design of interior spaces, the strengthening of an existing structure and a new conservation treatment of the current façade. On the ground floor, the existing interior walls were knocked down and with a simplicity of architectural elements; the idea was to create flexible, open and interconnected spaces and its layout in the best direction for the sun and the visuals of the outdoor landscape.

The new casa (House of Light)
This has been thought of as extension of the main house. Access to the house is made through the old house but it also has an independent entrance. The ground floor is partially underground and has a small apartment with three bedrooms and a kitchen, as well as a large space that can be used as a living room or study. The first floor is made up of three bedrooms and an open space that can also be used as a living area or study. In the same way, an open terrace has been designed which allows to the contemplate the property’s greenery, from a elevated point.